Thank you for visiting the Atacama website.
My name is Carl Sambell and I am the Managing Director of Sambell Engineering Ltd, a company probably better known to you under our trading name of Atacama Audio. What follows is a brief history of where we started, how we grew and where we are now.

The business began as a partnership in 1969 as a sub-contract engineering company specializing in high quality aerospace work and became a supplier to prestigious companies such as Rolls Royce, GEC and British Aerospace. The business was incorporated in 1976 and continued in this industry until the late eighties.

From the very early days, it had always been the ambition of the then Managing Director, Mr Ron Sambell, to manufacture our own commercial product. The sub-contract market had always been unpredictable and by producing our own branded products it was clear that we could plan our future more easily and therefore be in control of our own destiny, rather than rely on others.

The early products had moderate success, but in 1987 the company began to develop an innovative design of Hi-Fi speaker stand. The initial reaction to the design from local specialist retailers was very encouraging, and manufacturing began that year on a very small scale as part of a pilot marketing campaign.

Unfortunately the project was shelved in 1988 as our manufacturing capacity on our core business was overwhelmed.

In 1989, Ron Sambell's son, Carl Sambell (thats me!) joined the company. I had a background of Engineering as well as Sales and Marketing experience which I quickly put to good use.

Soon after, the boom times of the late eighties turned into the deep recession of the early nineties and survival was the name of the game. Our customer base had reduced considerably and hard times were to come. It was quite clear that if remedial action was not taken soon the company would not be able to continue.

When finances are under pressure and amidst recession, the last thing to think about is launching a major marketing campaign on a new and unproven product, but this is exactly what had to be done. In 1992 we began a fresh appraisal of the speaker stand design we first looked at nearly 5 years earlier and the companies future was gambled on the success or failure of this project.

It was quite clear from the outset that our design was different to anything else that was on the market at that time. The competition were offering industrial looking products that were fairly costly. The problem when designing a speaker stand is that it firstly needs to be functional, i.e. it needs to be sonically dead and be able to absorb the vibration from the speaker that it supports. Functionality is reasonably easy to achieve, but trying to combine functionality with visual appeal is not so, particularly when you consider that this type of product is likely to be sitting in someone's lounge. The design brief was clear, design a high performance speaker stand whilst creating a product that was aesthetically pleasing to the eye and at the same time retain a competitive price point. The first product to emerge in 1992 was the ‘SE' series of speaker stands, launched under the new ATACAMA  brand name.

An ambitious sales and marketing campaign was began including national advertising in the specialist press, sales visits to all the independent dealers in the country,  samples sent to all larger potential accounts and to journalist within the consumer electronics industry  Mail shots were sent to known UK and overseas distributors.  One model within the ‘SE' series, the SE24,  was given particular attention by the Hi-Fi Press and in June 1993 was awarded a ‘BEST BUY' by the highly respected magazine ‘Hi-Fi CHOICE.  The SE24 proceeded to win the same ‘Best Buy' award for a further 2 years running, then in 1996 was awarded the ‘Hi-Fi Accessory of the year by the British Federation of Audio. In the same year the largest magazine within the UK industry, What HiFi? awarded the SE24 a ‘MUST HAVE PRODUCT' and was presented with the award at a ceremony held at The Hilton, Park Lane, London.

From these early days the company grew from strength to strength and in 2001 Atacama launched the Equinox Series of equipment support to compliment our award winning speaker stands. Within a few years Equinox became the equipment support of choice, winning PRODUCT OF THE YEAR in What HiFi S & V for 5 consecutive years, 2004 until 2008.

Atacama had always been a manufacturer of metal and glass products, but in 2011 the next major development happened when Atacama invested in a new plant to process wood and in particular Bamboo composite.  With this new material it created even greater design opportunities whilst offering our customers an ecological alternative to traditional hardwoods. In 2012 & 2013 the Eris Eco 5 won Equipment Support of the year, followed by the Evoque Eco 60-40 and Moseco Speaker Stand in 2014. 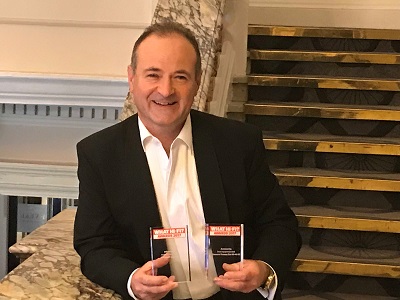